It's been another busy two weeks in North Florida and Washington. Read all about my Apalachicola Workday, new legislation and North Florida constituents in this week's newsletter...

The Apalachicola Bay Restoration Act - Fighting for a Way of Life

To learn first-hand what North Florida's oystermen face, I set out on a full Workday shelling and tonguing oysters on the Apalachicola Bay. 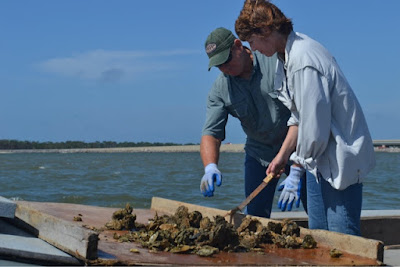 The bay has historically been one of the most productive in the country but recently has suffered from a lack of fresh water flow which hurts the bay’s ecology, oyster industry and local economy.

Shelling is the process of recycling old shells to restore the oyster bed and provide new habitats for future oysters. It's a critical program that will help the oyster population in the bay.

Just as critical to restoring our bay is restoring the fresh water flow. That's why after my Workday, I announced new legislation to require the Army Corps of Engineers to consider fresh water flow to the Apalachicola Bay in their water management plans.

The bill is cosponsored by 20 other members of the Florida delegation, an unprecedented effort to save the bay.

The Apalachicola Bay represents the heart and soul of North Florida. This isn’t just a fight over water – we’re fighting to save a way of life.

There's a huge threat to our North Florida beaches and economy: Senators from other states across the country are trying to reduce Florida's Gulf Coast oil drilling ban to just 50 miles from our beaches.

Currently, the drilling ban extends 125 miles off much of Florida’s Gulf Coast and as far as 235 miles in some areas.  To re-affirm and extend the ban, I joined Representative David Jolly in introducing bipartisan legislation to extend the ban on oil drilling in the eastern Gulf of Mexico through the year 2027. The bill is similar to legislation filed by Sen. Bill Nelson in the Senate.

North Florida knows all too well the devastating effects an oil spill can have on our state. The Deepwater Horizon spill occurred 180 miles from Panama City, and while we had minimal oil reach our beaches, it still cost our region's economy hundreds of millions of dollars Imagine what would happen with a spill just 50 miles from our coast.

In addition to protecting our beaches and tourism economy, the ban also protects mission-critical defense activities at Pensacola’s Eglin Air Force Base, Panama City’s Tyndall Air Force Base and Naval Support Activity Panama City, which require thousands of acres of open airspace over the Gulf’s waters.

Keeping the Gulf's waters and beaches free from drilling is vital to protecting our environment, our economy and the military in North Florida.

In Tallahassee, I had a great meeting with the Gadsden County NAACP to talk about the issues they're fighting for. I also had the pleasure of joining the organization for their 6th Annual Freedom Fund Banquet to celebrate all the hard work they do for our North Florida community. 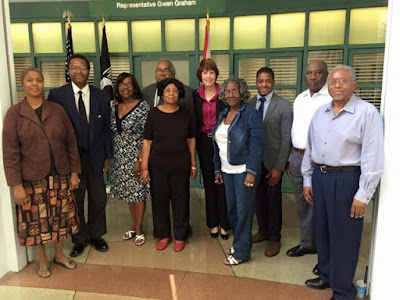 Thanks for reading this week's newsletter. Working together, we can bring the North Florida Way to Washington.