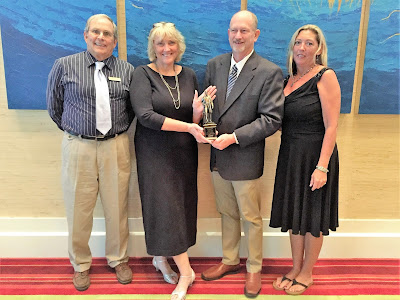 Franklin and Gulf County representatives of the Forgotten Coast En Plein Air were on hand tonight at the 2016 Florida Governor's Conference on Tourism held at the Orlando Hilton to receive one of the prestigious Henry Flagler Awards. 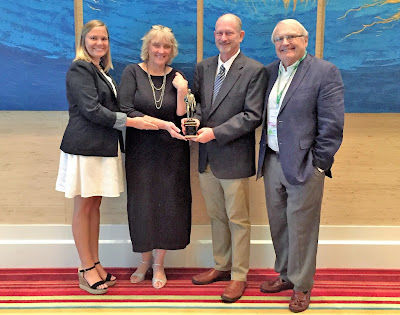 The award was in the category of Rural County Marketing for the 2015 Forgotten Coast En Plein Air 10th Anniversary Celebration guide. 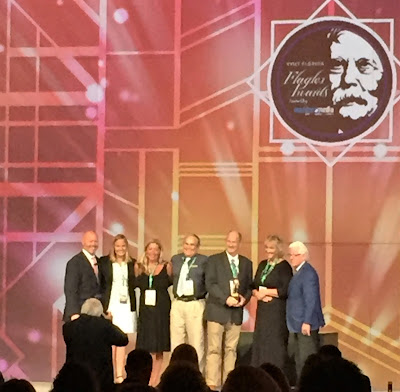 The Florida Governor’s Conference on Tourism is the premier annual educational conference for the Florida tourism industry and is designed and coordinated by VISIT FLORIDA, the Official Tourism Marketing Corporation for the State of Florida. 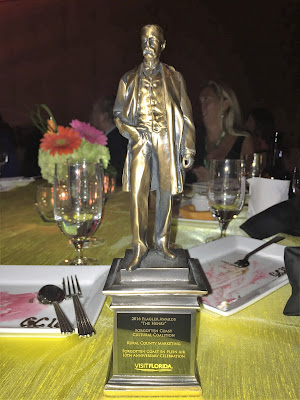 The awards named for Henry Flagler were established in 2000 to recognize outstanding tourism marketing in Florida. Each year, the Flagler Awards honors both individuals and organizations that help position Florida as the number one travel destination in the world.

Flagler was an American industrialist and a founder of Standard Oil. He was also a key figure in the development of the Atlantic coast of Florida and founder of what became the Florida East Coast Railway.
Posted by Apalachicola Mayor Van W. Johnson, Sr. at 9/07/2016 10:51:00 PM