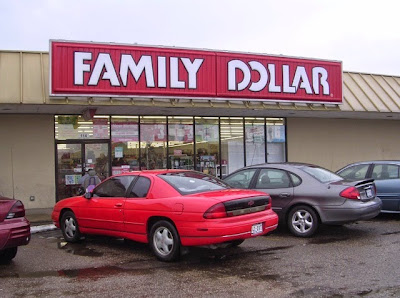 Blue Current Development, LLC, the developer of Family Dollars Stores, through its attorney has made an official request to the City of Apalachicola that the Planning & Zoning Commission set a date and time certain to conduct a quasi-judicial hearing on the developer’s previously application for a special exception.

Blue Current filed an application for a special exception before the Planning & Zoning Commission on November 18, 2013, to construct a Family Dollar Store on property owned by the developer fronting U.S. Hwy 98 on the western end of town.

On the advice of City Attorney Pat Floyd, City Commissioners sent the matter back to the Planning & Zoning Commission and directed them to conduct the requested quasi-judicial hearing.

Quasi-judicial hearings are proceedings that adopt the form of a judicial process without a formal basis in law; they are similar to, but not exactly court proceedings. The fundamental purpose of which is to provide the affected parties due process.

Elements of a quasi-judicial hearing include giving adequate notice, conducting an impartial hearing, allowing the affected parties the right to be represented by or though counsel, the right to confront parties and witnesses, the right to compel the production of evidence, the right to have findings of facts and law, an explicit reasons for the decision and a right to a judicial review.

Floyd asked city commissioners at the regular scheduled meeting held March 3, to review and consider for adoption at the April 7 regular city meeting the set of guidelines governing quasi-judicial hearings.
Floyd also informed the commission that the Family Dollar Store matter would be heard by the Planning & Zoning Commission at their April 13, 2015 meeting and that the guidelines needed to be adopted ahead of that meeting.
Posted by Apalachicola Mayor Van W. Johnson, Sr. at 3/14/2015 11:43:00 AM